*Disclaimer
All rights belong to Wizards of the Coast

to see the full article, click here
Vikings. Gods. Myths. Legends. So many beards. Kaldheim is coming to #*$&ing melt your mind hole. 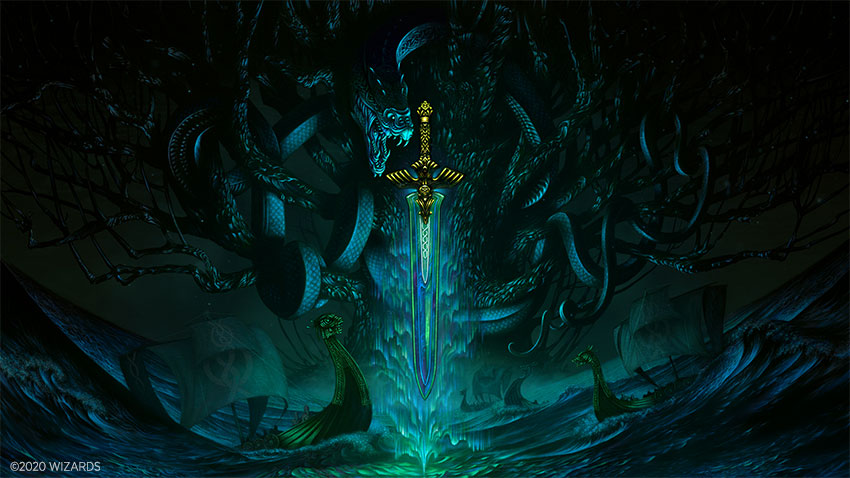 Kaldheim is nearly here, and with it comes some of the baddest, most unapologetically awesome characters, cards, and styles Magic has ever seen. To introduce you to this world, we're hosting Magic's Week of Metal all this week as a glimpse into the world that will debut January 7 to kick off preview season in full. 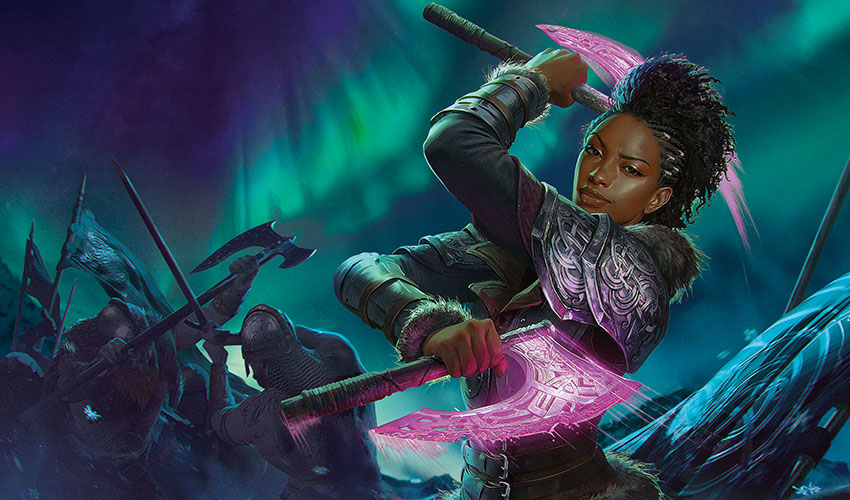 A preview for a preview? Yeah. What of it?
Here's some stuff. 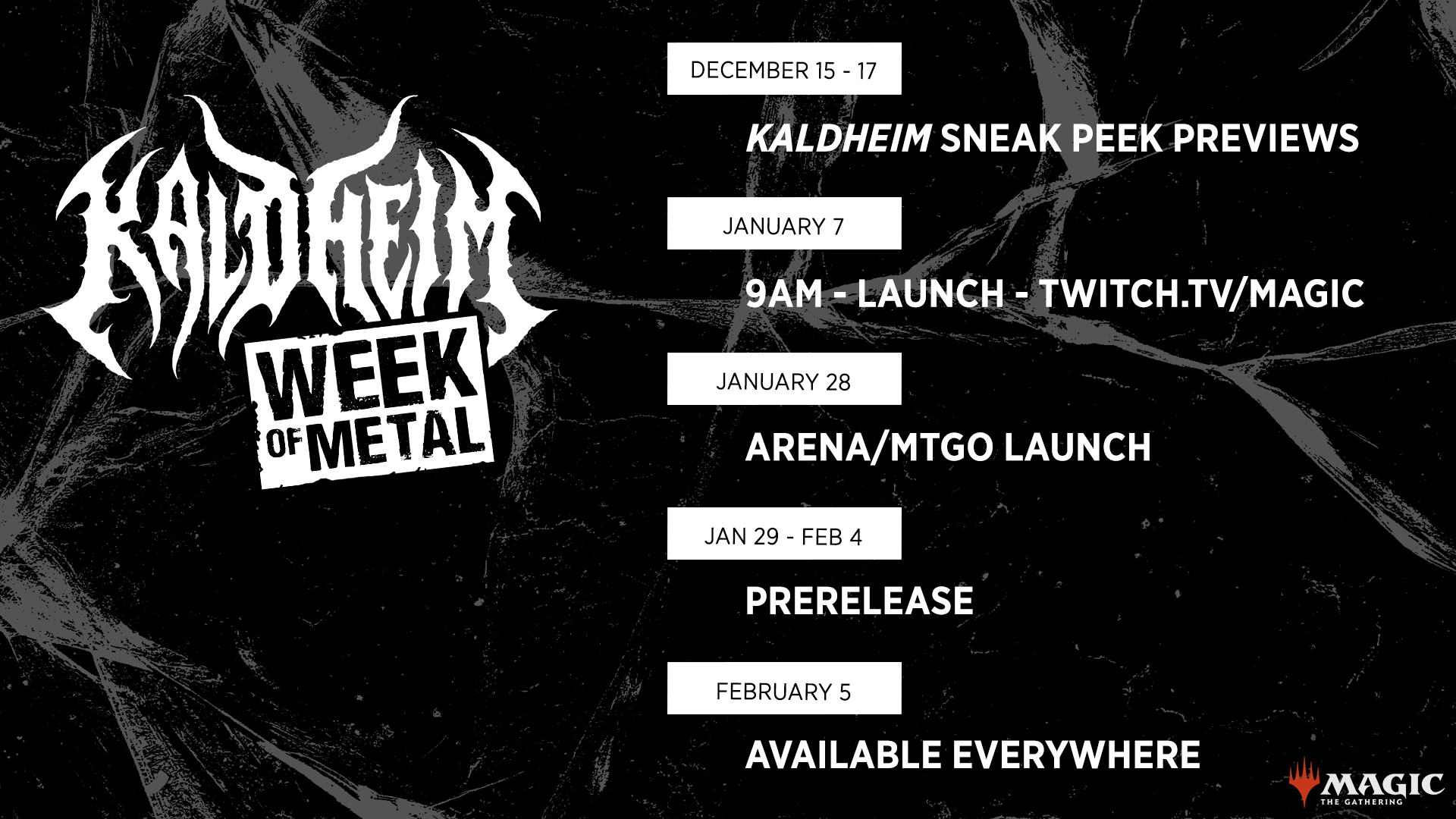 Previews – We'll have some starting tomorrow through Thursday with previews from some truly metal bands. Then we kick things up again January 7.
Debut day – January 7, 9 a.m. PT, twitch.tv/magic. Be there.
Magic: The Gathering Arena Launch – January 28
Magic: The Gathering Online Launch – Also January 28
Prerelease – Starts January 29
Available basically &#^%ing everywhere – February 5
How freaking awesome is Kaldheim? Ask them:
They live here. It's $#%ing *$&#().
We're also going to see and meet some pretty bad@$$ Planeswalkers. You'll be seeing them freaking everywhere. On some posters: 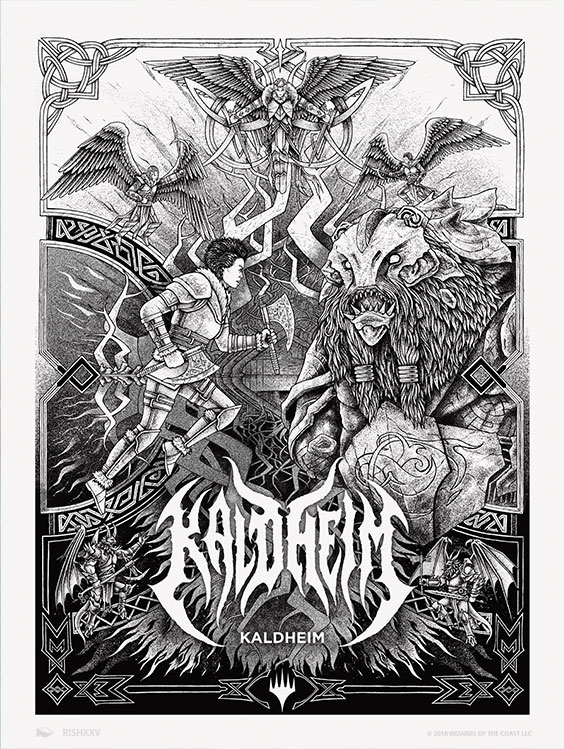 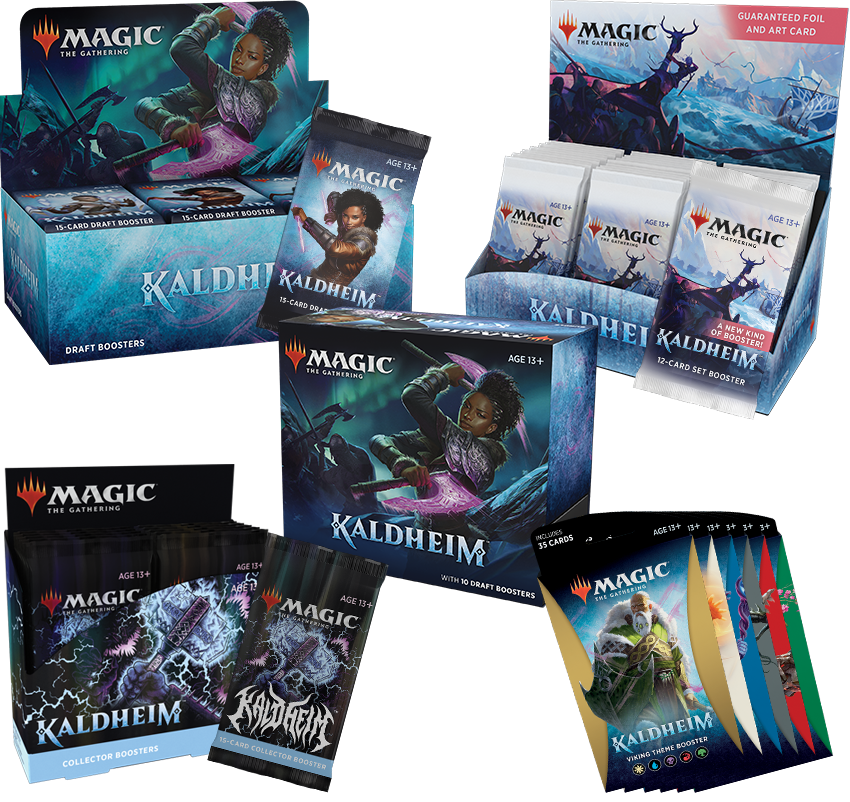 Including the most metal booster pack we've ever printed for Kaldheim's Collector Boosters. 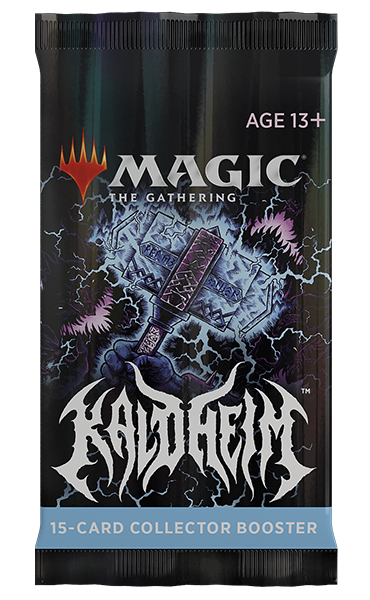 Kaya and Tibalt are back and more formidable than ever. But we're also meeting two new Planeswalkers in Tyvar Kell and Niko Aris. You can meet both characters today by clicking on their names.
Stay tuned all week for Magic's Week of Metal. There's going to be a ton of content. Some previews, some art, maybe a teaser or two. Then come back January 7 at 9 a.m. on twitch.tv/magic as we run head-on into Kaldheim.
Back to blog