Before we get into the new things coming, we wanted to take a minute to thank players and the community for the phenomenal response to the first Sealed Arena Open. There was a ton of excitement that resulted in a huge response from players in-game as well, making this the largest Arena Open ever. We're very happy to see such an enthusiastic response, and you can definitely expect more Sealed Opens in the future. (And yes, we hear the desire out there for a Draft Open.)

With the release of Historic Anthology IV tomorrow, March 11, we're adding more than just cards. There are also new cosmetics, events, bug fixes, and even a cute friend. Let's take a look!

Historic Anthology IV adds 25 cards to MTG Arena Historic formats. All cards will be ready to play upon release. You can use Wildcards to unlock them individually or purchase the bundle via the in-game store. Learn more about the Historic Anthology IV and view the full card list here. New card cosmetics and bundles will also be available. 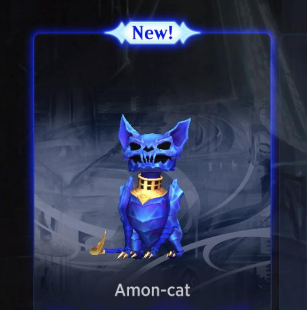 Oh, and did we mention a new friend? The Amon-cat pet will be available this Thursday in the in-game store. How cute! The Puppet Jace pet will also be leaving the in-game store before you know it, so grab him before he disappears.

Various quality-of-life updates and bug fixes, particularly around matchmaking, have been addressed.

You can view the full list of updates and bug fixes on our official forum. If you encounter a bug, please submit it to our MTG Arena feedback hub.

Historic Shakeup starts this Friday, March 12. To promote creativity, we will be changing the banned list each week, which should make for some surprising off-meta decks. This is a free event that will run throughout the end of March. Check out the details here.

In addition, we have a bunch of events coming in the next few weeks, so get your decks ready.

That's all we have for now. Keep an eye on our forums and @MTG_Arena on Twitter for news and other updates!