As you prepare to explore Strixhaven University on the world of Arcavios, you'll probably have some questions. Perhaps the same questions college students here on our world ask every semester: What am I going to major in? Can I get away with scheduling no classes before two in the afternoon? What new tools are there so I can quickly dispose of my enemies? And while I can't really help with the first two, the last one is right up my alley. Take your seats. Strixhaven Mechanics 101 is in session.

It's not all flirting, fighting with classmates, Mage Tower practices, and complaining about your overbearing resident advisor here at Strixhaven. A few hours each week are devoted to actual education, and so is the new keyword action learn. 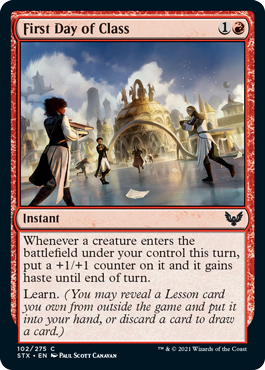 If a spell or ability instructs you to learn, you have two choices (well, technically three choices; we'll get to that). Your first choice is that you can discard a card and then draw a card. This is a great way to improve your hand, trading in extra lands or trading out undesirables for a chance at what you need.

But maybe what you need isn't in your library. Your second choice when learning is to reveal a Lesson card from outside the game and put it into your hand. Lesson is a new spell type, seen on sorceries such as Expanded Anatomy. 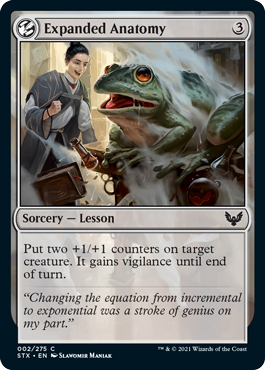 There is a wide variety of Lesson cards to represent a wide variety of areas of study. Token generation, removal, card draw . . . if someone at Strixhaven teaches it, it probably shows up as a Lesson card. If you're dueling under tournament conditions, "outside the game" means your sideboard. If you're just keeping it casual, "outside the game" means your collection. Either way, you can use Lessons to set up an academic toolbox so you're prepared for a variety of situations. You can also include Lessons in your main deck, just like any other sorcery.

The third choice you have when learning is to simply do nothing. Everything's optional. I don't imagine you'll be doing this very often, but maybe you're out of Lessons, so you planned to discard, but some things happened in response, and one thing led to another, and now it's time to learn, but you have an empty hand, and this is all very embarrassing, and let's just not speak of it again, okay?

Lessons are only some of the many spells you'll be casting and copying during your time at Strixhaven. And while these spells have impressive effects on their own, new magecraft abilities will reward you even further. Here's Eager First-Year. 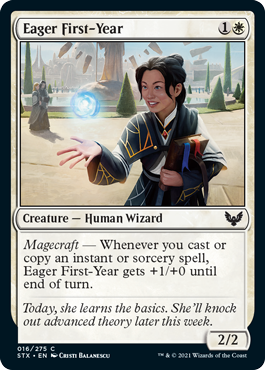 The +1/+0 bonus of Eager First-Year is nice, but let's face it—sometimes you're in the market for something a little more impactful. Oh, Professor? 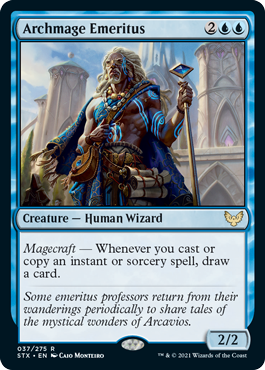 Each magecraft bonus is different, and there are magecraft cards to support a variety of deck styles and play preferences . . . provided you are a dedicated student of the arcane (no, not that Arcane) and make sure you have plenty of instant and sorcery spells at the ready.

Wizards don't agree on much, but they all seem to hate other people messing with their stuff. We're going to make messing with your stuff a little costlier with the introduction of a new evergreen keyword, ward. Evergreen keywords are the ones you see from set to set, like flying and trample. You can expect to see ward beyond the hallowed halls of Strixhaven going forward.

While I know you'll take my word for it, I'm leaving it to other folks to explain why ward matters. 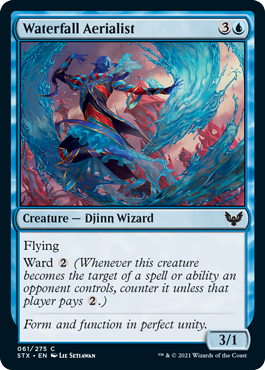 Ward is a triggered ability. Whenever a permanent with ward becomes the target of a spell or ability an opponent controls, counter that spell or ability unless that opponent pays whatever cost is after the word "ward." That cost can be mana, life, or pretty much anything else that can be a cost. It's important to note that any spell or ability controlled by an opponent can be affected by ward. This includes Aura spells, triggered abilities, and anything else that targets a permanent with ward. Spells and abilities that don't target won't cause ward to trigger, though.

I'm not sure we remember how to make Magic sets without modal double-faced cards, but they've proven to be fun, so why not do it again? They're a really-not-new-at-this-point-but-maybe-new-to-you twist on double-faced cards—rather than transform, these cards let you play either of their two faces. 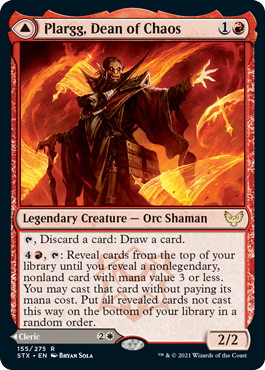 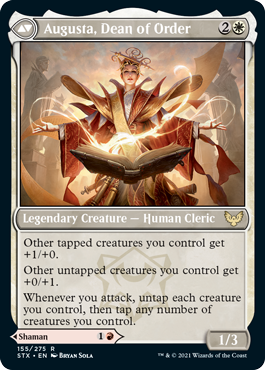 You can find out about more complex modal double-faced card interactions in the Strixhaven Release Notes, coming soon, but you can also check out the Kaldheim Release Notes or the Zendikar Rising Release Notes for more information.