Last week, I began telling you the story of Kaldheim's design. I've structured my story in a way that looks at each of the eight topics we wrote up during our first meeting, things that we thought players would expect from a Norse-inspired set. They are:

I talked about the first four last week. I'll talk about the second four today. Also, I have a cool preview card to show off with one of the new mechanics. I'll show it to you all when we get to the appropriate section. But before we get to any of that, I want to introduce you to the Vision Design and Set Design teams. 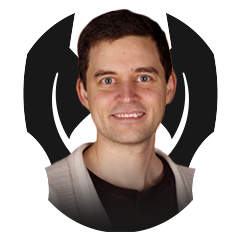 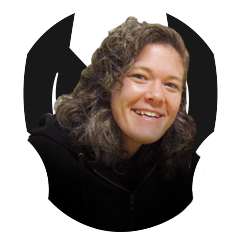 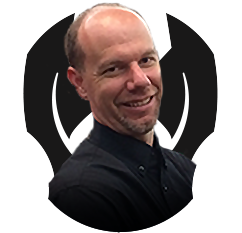 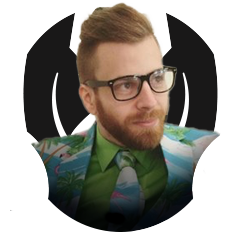 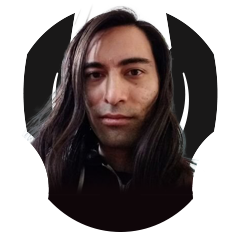 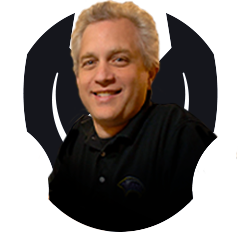 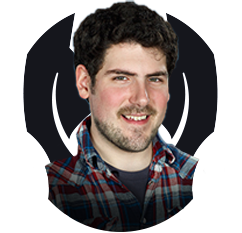 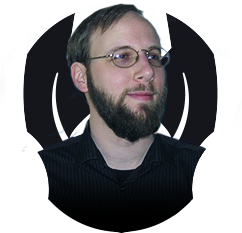 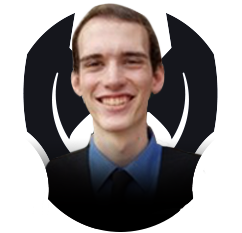 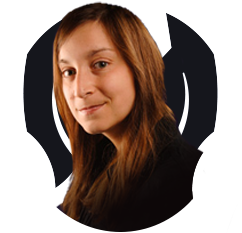 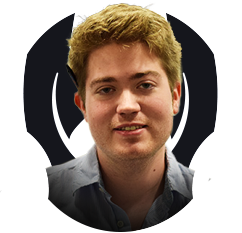 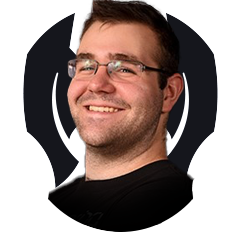 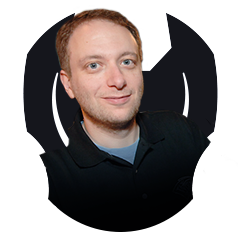 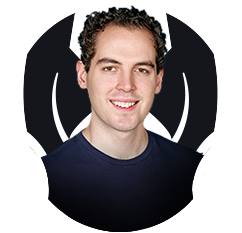 With all the designer introductions out of the way, on with the design story.

One of the things we like to do when dealing with a real-world source as inspiration is examine what magic exists within their mythology. This is obviously a game about magic, so looking to see what we can do in the space of magical spells to create something that matches the source material is always valuable. There ended up being two things we designed around—Runes and Omens.

Numerous Scandinavian languages use runes as the letters of their language. Part of Norse mythology is that specific runes can grant magical abilities when placed onto items. Vision Design played around with numerous different Rune designs. I think the version their team handed over was a cycle of Auras that enchanted Equipment, enhancing them in some way. We gave them a Rune enchantment subtype so that other cards could mechanically care about them. Set Design took that idea and expanded it to make them more useful. The cycle of Runes now each enchant a permanent. It gives a specific ability to an enchanted creature and allows an enchanted Equipment to grant the same ability. There are also a couple of cards that care mechanically about Runes. Another big part of Norse mythology (and most mythologies really) is the idea of omens, that is, the foretelling of future events. Mythologies were basically the key form of storytelling back in the day, and the idea of characters having advanced knowledge of things to come makes for cool stories. Was there a way we could capture that in the set? As with any idea, you start by figuring out mechanically what it needed to do. Omens are about the future, so obviously you had to be meddling with the future in some way. How could you do that? What if you cast a spell now that didn't happen until the future?

Magic has done things like this before. The most direct example would be the suspend mechanic from Time Spiral. You pay less than normal for the spell, but you have to pay the cost of time instead. This means that you cast the spell now and it doesn't resolve until a future turn. We also made a mechanic called rebound where you cast a spell now and it repeats at the beginning of the next turn. Both mechanics, however, involved open information. Not only would I know that the spell was going to happen on a future turn, but everyone playing would also know it. Could we do something where only the person casting it had full information?

This led us to the idea of casting a spell and exiling it face down. I think the first version had the spell happening on the next turn. The problem we found was that the mana payment had to be public, so it usually wasn't much of a mystery. Also, having to always have the spell happen on the next turn proved limiting, both for design space and because it was frustrating when things would change and the spell became meaningless.

This led us to try a version inspired by morph. You would play a card face down in exile for a set amount and then could play it on a later turn by paying its "foretold" cost (during set design, the mechanic would change its name to foretell). The first cost we tried was two colorless mana, and it ended up being the right choice. We did talk about other costs, but our first hunch proved correct with playtesting.

Foretell proved to be an interesting mechanic to design with. It could go on any card type and was pretty open in the design space that played well. The only design constraint was that we found it played better, especially in Limited, if there were a decent amount of them to help hide which foretell card you were playing. It also helped with mana smoothing, as players had options of how to cast their cards. Vision Design put the mechanic in all five colors, and Set Design kept it that way, I believe expanding the amount of them in the set.

It turns out my preview card is a foretell card, so it's time for me to show it to you all. 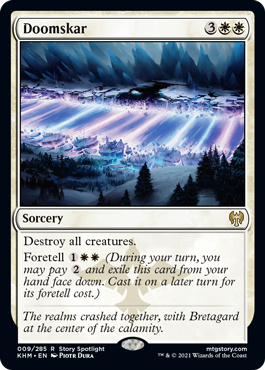 Another thing that comes up when people think about Norse mythology and Vikings is combat. It turns out, Magic is a game all about combat, so we felt there was a lot of potential for design. The question we asked ourselves in vision design was "is there a way to care about combat in a way differently than we traditionally care about combat?" The game has done plenty of combat-centric keywords from things like flanking and bushido that help a creature in combat to raid and battalion that improve your cards if you've been in combat, or provoke and battlecry that trigger when you enter combat and affect it in some way.

After much exploration, the idea we landed on in vision design was a mechanic we called cremate. Cremate uses creature cards in the graveyard as a resource. The idea behind it was that in encouraged you to be aggressive because having creatures die would just strengthen you later in the game. This is the combat-centric mechanic Vision Design handed over to Set Design. Set Design decided to keep it in the set but didn't feel the need for it to have a name, so they de-keyworded it. They also lowered the overall number in the set.

Set Design agreed with the larger idea that the set wanted a named combat-centric mechanic, so they added one: boast. A creature with boast has an activated ability that can only be used if the creature has attacked this turn and only once per turn. The latter came about because the activation costs can't have a tap in them due to the attacking restriction. Boast can have a wide range of effects, even ones that don't directly interact with combat. One of the things I always look for as a designer is finding ways to create game states and situations that players haven't faced before. It's one of the reasons I really like the boast mechanic in that it found a way to make attacking with a creature a resource. Want to activate a boast creature? Well, the cost is attacking with it. That has interesting ramifications that force you to think about combat in a whole new way, which was exactly the goal of making a combat-centric mechanic in the first place. Good job, Set Design.

This category didn't inspire any mechanics, but it did inspire a lot of top-down designs. (I'll talk about a bunch of those in my card-by-card design articles.) One of the things we always do early in vision design for a top-down set is create a list of all the things the source material has to offer, from objects and characters to stories and general trope space. If you enjoy Norse mythology or historical Vikings, I hope many of the things you expected to be in the set are there. I know we spent a lot of time on it.

The final thing we had on our original list was the climate. Norse mythology takes place in northern Europe, and generally there's a lot of snow and ice. We talked during vision design about whether we wanted the snow mechanic. Snow-covered lands and cards that cared about them first showed up in Ice Age. The execution was, let's say, not optimized and didn't go over all that well with the players. Alliances, which was sold (although not designed) as an expansion to Ice Age, had a few cards added in development that cared about snow-covered lands.

A number of years later, we made Coldsnap, which was flavored as a "lost Ice Age set designed years earlier to finish the Ice Age block." In it, we introduced snow as a supertype and put it on permanents other than lands. We also had snow mana, which was produced by any card that produced mana and had the snow supertype. Coldsnap didn't go over great, so many of us in R&D thought snow was going to go away and never return. That's where things were during vision design.

But something interesting happened between vision design and set design. Modern Horizons came out, and it used the snow mechanic. Modern Horizons was trying to find old callbacks to build off of, and the idea of making more snow cards came up. This allowed the set to reprint the snow-covered lands, which there was some demand for. The snow theme started small but snowballed (as I guess snow themes are apt to do). It ended up playing a decent role in the set. And players really enjoyed it.

Well, a Norse set always wanted to have a cold theme. If snow was back on the table, Set Design decided it made sense to add it to the set. Any card that was cold themed got the keyword, and snow themes, including snow mana, were weaved into the set. The basic lands were changed to snow-covered basic lands, and a cycle of snow-covered dual lands was added. A NORSE OF A DIFFERENT COLOR

That, in just two articles, is the full story of Kaldheim's design. I hope you all enjoy the set, and I'm eager to hear any feedback, whether it be about any of the mechanics, themes, individual cards, or just the set as a whole. You can email me or contact me through any of my social media accounts (Twitter, Tumblr, Instagram, and TikTok).

Join me next week for some card-by-card design stories from Kaldheim.

Until then, try not to change Norses in midstream.

In this podcast, I interview Charlie Catino, one of the original Alpha playtesters and longtime Wizards of the Coast employee.